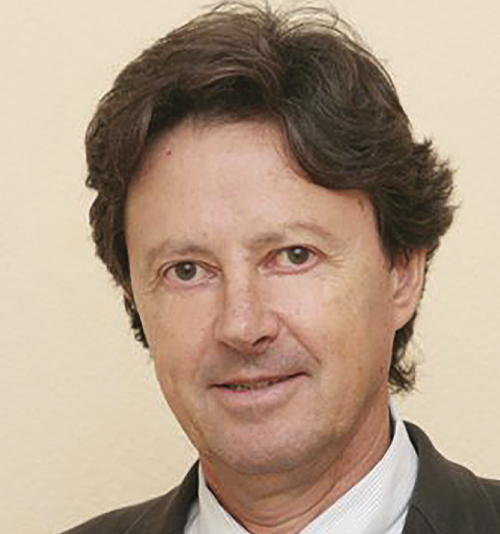 Dr Szerman received his medical degree from the Complutense University of Madrid, Spain and completed residency in psychiatry at the Clinical University Hospital San Carlos, Madrid.

Currently, he is Head of the “Retiro” Mental Health Service at the Gregorio Marañon University Hospital in Madrid, Spain.

He is a member of the Spanish State Council for Addictions and also the Advising Psychiatrist for the fields of Alcoholism and Dual Disorders for the Madrid Public Mental Health Administration.

Dr Szerman is an Associate Professor for the MSc Drug-Dependence course at the Complutense University of Madrid.

He is the current president of the Dual Disorders Foundation (2016). In 2017 the Dual Disorders Foundation received two awards: firstly for the « Best Digital Awareness Campaign » at the annual Global Health PR awards- an international network of independent health communication agencies, and the second prize for the « Best Intervention Program for Patients and/or Families with dual disorders » at the Albert Jovell Awards.

Dr. Szerman has been a member of various consensus panels that have drawn up extensive guidelines regarding the treatment of addictive disorders and other psychiatric illnesses.

His principal research interests include addiction and dual disorders such as personality disorders, ADHD and psychosis, and he was involved in creating the treatment guidelines for Bipolar Disorders which are associated with substance abuse and the development of the newest advances in the European guidelines on opioid use disorder.

Dr. Szerman has published a number of papers in international journals, as well as numerous book chapters, and he has edited many different scientific and educational books regarding his field of research.