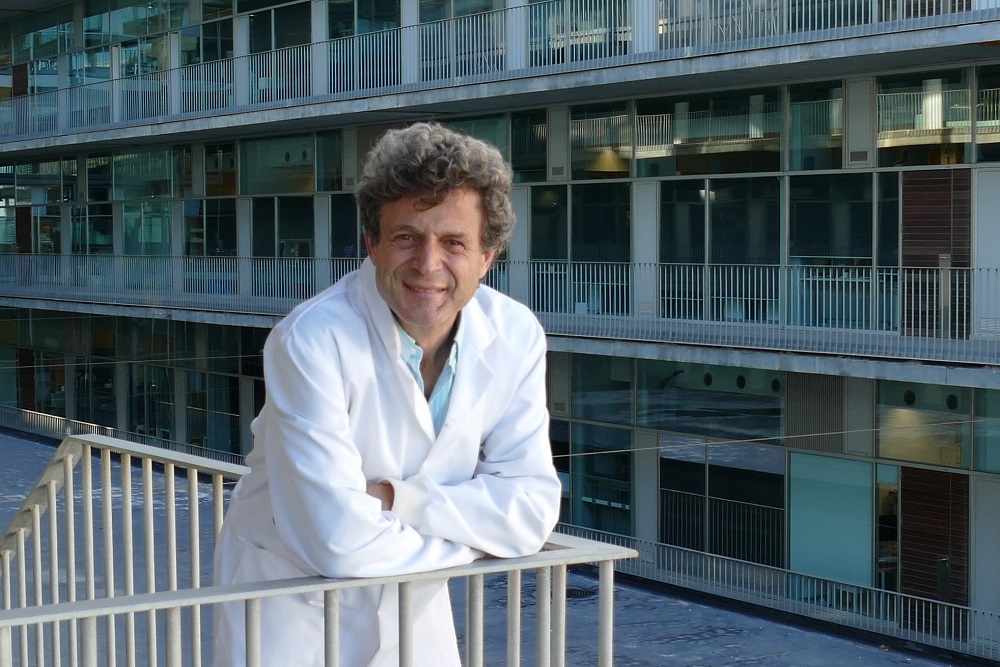 Rafael Maldonado, MD, PhD, received his Medical Degree in 1985 from the School of Medicine of the University of Cadiz (Spain), where he also obtained a PhD in Neuropsychopharmacology in 1988 on the effects of benzodiazepines and antidepressants on morphine dependence. In 1990, he obtained a PhD in Molecular Pharmacochemistry (INSERM U 266) at the School of Pharmacy (University René Descartes Paris V, France) on the participation of the endogenous opioid system on the development of opioid dependence. He was a postdoctoral fellow (1990-1991) at The Scripps Research Institute (La Jolla, USA), directed by Prof. G.F. Koob, where he studied the neuroanatomical substrate of opioid dependence and cocaine self-administration. Thereafter, he returned to the laboratory of Molecular Pharmacochemistry (INSERM U266), directed by Prof. B.P. Roques in Paris, obtained permanent position as Scientific Researcher (CR-1) in the INSERM (1992) and lead a pharmacological team devoted to the study of the cannabinoid and opioid systems by using pharmacological and molecular approaches. In 2000, he obtained a permanent position as Professor at the UPF in Barcelona, where he is director of the Laboratory of Neuropharmacology, and studies the physiological role of the endogenous cannabinoid and opioid systems in drug addiction, metabolic, affective and cognitive disorders, pain and eating disorders, with a particular focus in the development of novel behavioural models and novel treatments for those disorders.

He won the following awards: Pharmacology Almirall (1992), Pharmacology Uphjon (1994), Young Researcher of the Spanish Society of Pharmacology (1995), the Research Distinction of the Generalitat of Catalunya (2000), the UPSA prize on Pain Research (2002), the Excellence Annual Award of the National Hispanic Science Network (NHSN)-National Institute of Drug Abuse (NIDA)-USA (2006), Social Council of the University Pompeu Fabra to the Transfer of Knowledge and the ICREA Academy of the Generalitat de Catalunya (2008, 2015 and 2020), Antoni Esteve Foundation (2011 and 2015) and Grünenthal Foundation to Pain Research (2013), and “Constantes y Vitales” Award for best biomedical publication (2022).

Rafael Maldonado is a Member of the National Academy of Pharmacy of France (2009), of the Editorial Board of 9 journals, including European Journal of Pain European Neuropsychopharmacology, Addiction Biology and The Scientific World Journal, and reviewer of the main scientific journals, including Nature and Science, and funding agencies, and an expert member of NIH and EC panels. He is an expert member of NIH and EC panels. He has been an external advisor of the WHO, and European Coordinator of FP7 (NeuroPain) and FP6 (PHECOMP) collaborative projects, three BIOMED programs, and one PECO program of the European Commission, as well as coordinator and principal investigator of a R01 NIH grant. He was the coordinator of a Mixed Pre-clinical R+D Unit between the UPF and Laboratorios Esteve for the research and development of new drugs for the treatment of pain (2015-2020). He has been advisor/consultant to several public bodies (e.g. WHO, EMCDDA, European Commission DGs SANCO & RTD, NIH-NIDA, Vatican Academy of Sciences, Spanish and Catalan Parliaments) and to pharmaceutical companies (e.g. SANOFI-AVENTIS, Grünenthal, GW Pharma, Rhodes Pharmaceuticals, Pharmaleads, Aelis Farma, Aptys, Esteve, Ferrer, Almirall, among others), including R+D projects with many of them.